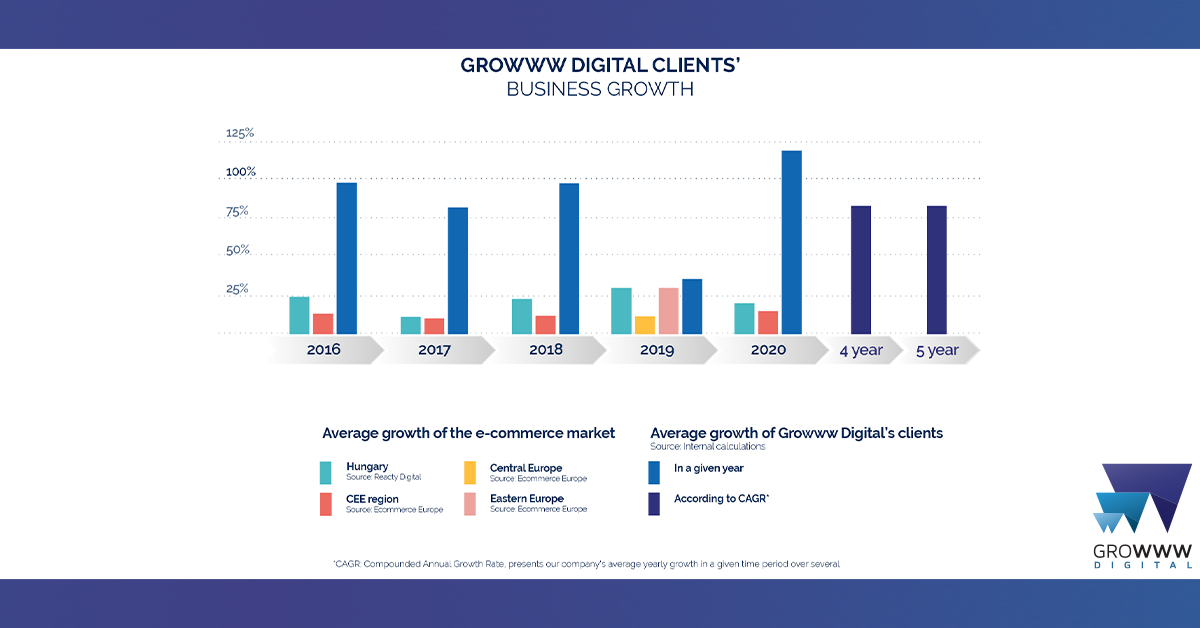 What is behind the 121% growth of our clients?

As a growth-driven digital marketing agency, one of our most important indicators is how much growth we were able to generate for our clients on an annual basis. That is...

Google Marketing Live, organized by Google, is by far the most important annual event of the digital marketing scene, with the participation of 5000 professionals from 68 countries. Talking about Google,...

Hungarian e-commerce is growing above average!

In 2016, the European e-commerce revenues rose to 530 billion euros according to the most recent report of Ecommerce Europe. This means a whopping 15% growth compared to the previous year, but Hungary is running ahead of Europe in this matter.

eNET Internet Research’s latest report was presented at the 14th Hungarian Ecommerce Conference. The whole industry was looking forward to this, but the result was quite a pleasant surprise to everyone. Hungarian webshops generated 427 billion HUF (approximately 1,39 billion in EUR) turnover – an extraordinary growth of 34%, surpassing all expectations. Now, e-commerce is responsible for more than 5% of the total national retail trade volume, which is another significant milestone.

Evolution 2017: Online Growth. Are you ready for it?

Am I ready for growing online? This is the first question that should come to mind for every company leader before taking the first steps towards a market-based growth. László Szabó – co-founder of performance marketing agency, Growww Digital – held a presentation about the best online growth practices at Evolution 2017.

High demand and the ability to monetise. These two aspects create the core of a business’ online growth. Their simultaneous presence is essential for a quick growth in the market. For instance, a website dealing with diamonds can realise only a low demand for their goods, however, their profit on one single purchase can be relatively high. On the other hand, a website that provides lyrics may have many visitors, but it seems to be a difficult task to monetise any of them. In the case of low search volume and demand, high monetisation will not be enough to keep going. This also applies to the other pole: If you face high demand, but you are unable to monetise properly, you will be having a hard time going further.

We have been using DPA for over 1.5 years, and in our experience it adds at least 10% additional revenue in case of e-commerce webshops, and is particularly effective targeting cart abandoners. That’s just one of the reasons we really like using DPA and you should try too.
Zoltán Flekács – Senior Account Manager, Growww Digital

Banner immunity. The greatest and most rapidly spreading e-condition of our time. You may also have noticed that display ads no longer or hardly can draw your attention, meaning that the condition is having a hold on you too.

Do not worry, this is not a disease, not even close to it. Relentless waves of irrelevant advertisements make us “blind” to these banners and this applies to the customers too. A poor number of leads and CTRs (Click Through Rate) are the proof for that.

How could we tackle the problem? Well, creating more and more ads will not help, obviously. Instead, we have to make BETTER ads. 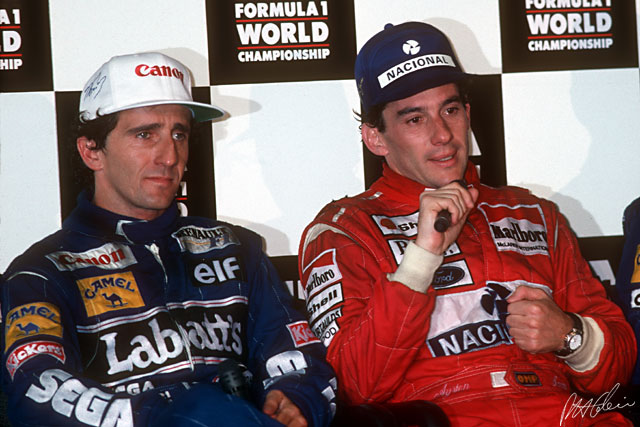